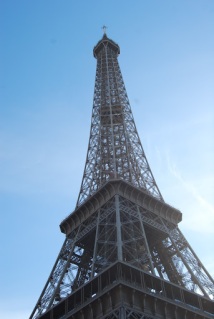 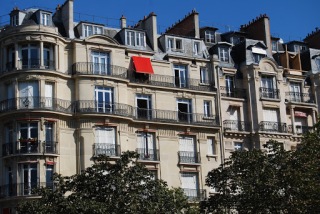 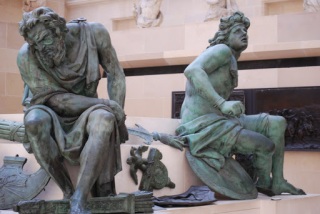 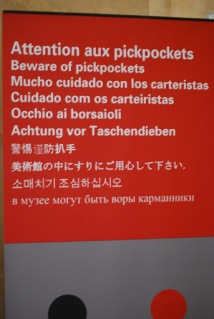 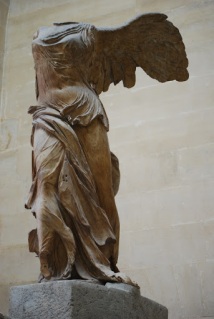 After about 2 ½ hours I was exhausted and looking forward to sitting for a while. I first took a little break in the gardens outside of the Louvre while I planned my next stop. I decided to head back towards Notre Dame to grab some lunch then tour the cathedral. After my quick brasserie stop, which confirmed my long held belief that anything is made better with a fried egg on top, I queued up to enter the cathedral. It was wonderful. It is an active church so there was service taking place in a small chapel towards the back, there were confessions taking place, the windows were striking and as with most cathedrals there were beautiful statues throughout. I think this was one of the highlights of the weekend for me. I enjoy cathedrals, for many of the same reasons I enjoy sculptures. They can be joyful but always feel somewhat sad because they are so sombre; I also find the signs of faith throughout to be beautiful and comforting. 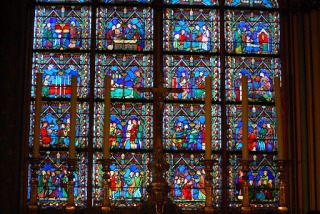 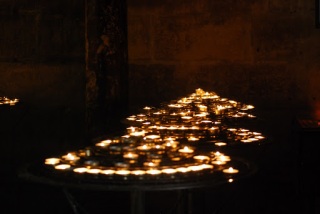 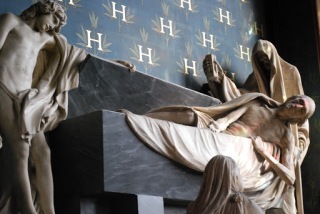 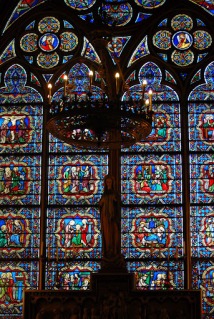 At this point I was exhausted and decided to head back to the hotel. This is where being alone can be such a luxury, I was able to put my feet up and read the paper uninterrupted. It felt so indulgent and restful that by 7:00 I was ready to go again.
I decided to head to Montmartre for dinner. I saw the Moulin Rouge; at €175 for dinner and a show all I did was see it from the outside. It was crowded with people taking pictures and I’m sure it gets full but I didn’t see many going in. I went a few blocks up the hill and found a brasserie for dinner. An older French woman arrived just as I did and we had a long conversation, she spoke no English and I speak no French so we didn’t cover much but we gave it our best shot. She is from Paris and lives in Montmartre and seemed to know half the people who walked by. She left after having her drink but I enjoyed the company.  After a relaxed dinner and a brief walk around the neighbourhood I headed in for the night. It was my only full day in Paris and I felt like I had seen a lot. My legs ached and my feet were done for the day.
The next morning I actually got to sleep in uninterrupted which is an unheard of experience these days. Once I was up I felt ready to be home with the kids. One day away felt free and exciting and the long nights sleep were definitely welcome but I missed my crew. When Jamie said that Ella and Patrick weren’t feeling well I was even more ready to be home. My flight was early that afternoon so before heading out I went to the Left Bank where I walked around had a crepe from a sidewalk stand and enjoyed my last few hours in Paris.
Getting off the flight I was so excited to see the kids, Jamie and Ella were waiting for me at arrivals. I hurried over expecting Ella to light up at the sight of me, instead she waved and kind of snuggled me as I held her but this was not the reaction I was looking for. Once we got home I hurried in to see Kellen and Patrick. Again they were both happy enough to see me but the enthusiasm level was low. So the lesson of the weekend was first, some time to recharge and check out by myself is much needed every few years (hopefully sooner next time), once the kids are old enough Jamie and I can go together. My second lesson was that I missed all of them way more then they missed me. So the next time I’m sick of someone hanging on me, interrupting me, hovering around, I should be thankful. Turns out they do better without me then I do without them.